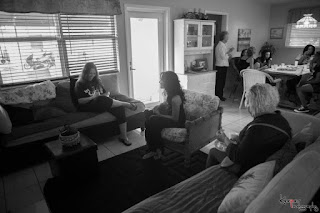 With over 25 years of experience in music, media and broadcast, Darlene is truly a multi-talented individual. Her list of credits is impressive. Her essay, Masterpiece, (read it here), won the very first international contest hosted by Echoes of the Right to God; she has written outlines for Fran Drescher and Debbie Wasserman Schultz on the subject of breast cancer; she interviewed John Hemingway, grandson of Ernest Hemingway, and won his friendship through her thoughtful article on his memoir, Strange Tribe; she was commissioned to write a feature for South Beach Food & Wine Festival; and her poems, Warrior & Redeemed have been published in Collective Whispers. She is also an editor, accomplished composer, songwriter, musician and music teacher, and an avid playwrite and director. 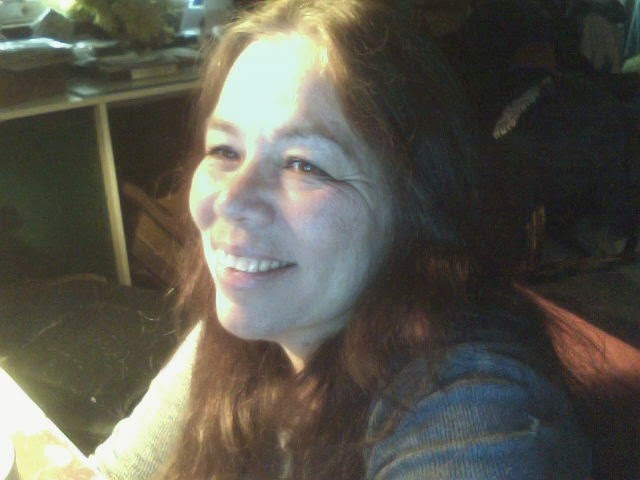 Darlene started voicing and writing commercial copy for radio and on-hold messages in 1990. She worked in several in-house production studios as a copywriter, studio supervisor, audio engineer and voice-over. She is featured in a Sun-Sentinel article (towards the end) regarding her Voice-Over work. She also became a copy-editor, production assistant and staff writer at a local music magazine, Tonight/Today. In 2000, she became a single mom and needed the flexibility of being able to work around the demanding schedules of sick children, school, sports, afterschool programs, etc. With the help of some wonderful friends, she started building a studio in her home and in 2005 she was able to freelance and work full-time from her own studio. She also started writing articles, reviews and features again for local magazines and websites such as, Examiner and East Mag. In 2009, she incorporated a small business, Harmoni Productions, LLC, which lead her to bigger ventures writing segments for television and eventually producing for The Balancing Act, a wonderful show for women on Lifetime. She is currently working on her screenplay, Finding Ginger, a romantic comedy with a musical twist; and she continues work on her novel, Sean & Danielle - a tale full of music, ogres, spells and math! Her business, Harmoni Productions, LLC, specializes in Broadcast, Media and the Performing Arts. 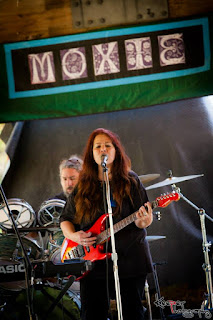 At the early age of 5, Darlene mastered classics such as Hungarian Rhapsody, Malaguena and Fur Elise on the piano. She continued her studies in classical training until her teen years, when her love of Bach switched to Rock. Fate would have it that a friend gave her a beautiful Harmony acoustic guitar and Darlene started paving her way into this new world of music that so enchanted her. She started teaching herself with Mel Bay beginning books in Guitar and then eventually took up some classes in college. At the age of 21, she started writing her own music and at 23 she started playing and recording with a drummer. Her style was folk/alternative, heavily inspired by Ann & Nancy Wilson of Heart, but she was missing that heavy sound she grew to love from guitarists like Jimmy Page and Tony Iommi. At the age of 28, fate stepped in again when a guitarist heavily inspired by Zeppelin and Black Sabbath join the duo and an all-original band, Moxie, was formed. Moxie played live throughout South Florida for years and eventually they would spend time recording and producing their own music. Darlene started sharing her love of music with others in the form of lessons and her love of classical music returned when the piano she played for so many years wound up in her home and she started teaching her children. She continues to give lessons in piano, guitar and composition to individuals of all ages; and, with a new drummer and bass player, Moxie continues to play, perform and record whenever they get the chance.

Around 2005, Darlene enrolled her daughter in afterschool art classes at a local Art & Culture Center. She fell in love with the programs and met with the education director about assisting with summer camp. That lead to teaching a Young Actors Summer Camp for eight years and counting. During this course, Darlene has directed children ages 5 through 12 in her adaptations of several classics such as: Juan Bobo & the Queen's Necklace, Fur and Feathers; as well as her own original plays such as: It's Okay to Be Different, Giraffes Can't Dance, and  Reptiles, Yikes!  She was also the musical director for kids aged 10 through 18 in a production of Little Mermaid, co-director of Charlie & The Chocolate Factory, Jr., and Dear Edwina and assisted with a production of Hairspray, Jr.

As Darlene experienced the challenges and struggles of parenting and being a single mom, she carried a vision of a ScreaminMama and drew a stick figure of herself screaming! She filed it as a fictitious name after her son was born in 1994 and in January of 2013 - 19 years later - she published her first issue of ScreaminMamas - the Voice of Everyday Moms. It just goes to show, NEVER GIVE UP!!! The magazine is designed to celebrate, promote and encourage moms on every level possible, allowing them to share their voices, their stories, their skills, talents, rants, raves, businesses, families, etc., and it has proven to be a true inspiration for moms universally.